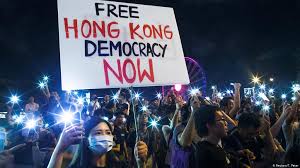 Someone said, social media use on mass polarization, but first, what is polarization and opinion polarization? According to the article (Chan and Fu, 2017), Opinion polarization is known as a state referring to “the extent to which opinions on an issue are opposed in relation to some theoretical maximum,” and polarization as a process that “refers to the increase in such opposition over time”. Do we need to express our political stance in our daily life and exclude those who hold different views from others? Polarization easily occurs when it comes to political, polarization effects of social media easier appear in times of mass political conflicts. Polarization normally occurs when it comes to politics, especially in times of mass political conflicts. Social media can help people to find each other who have the same stance, in order to exchange the information and stroke each others’ passions, it can facilitate and gather those peoples and communities that have common beliefs but are dispersed geographically.(Sunstein, 2017)

The scope of my study will be discovering the political polarization on social media, conduct a deep-study of the role of social media in growing polarization because of the Hong Kong’s umbrella revolution. The Interpersonal political communication and media news exposure had polarizing effects on public opinion, political attitudes and values during the Umbrella Movement.

In 2019, an extradition bill has sparked mass protests that took place in Hong Kong which sharpen its deepest contradictions in society, and the conflict between the two parties – pro-Beijing party and pro-democracy parties seems to have reached an unprecedented level. According to the article (Wu and Shen, 2020),

Cyberbalkanization is thought as a mechanism through which an individual’s preference towards certain information sources leads to reinforce one’s skewed opinion, which is like a group of people living “in echo chambers of their own society” or “in information cocoons.” People will seek out only like-minded others and thereby close themselves off from ideological opposition, alternative understandings, and avoiding information that likely induces discomfort. Social media sites are often blamed for exacerbating political polarization by creating “echo chambers” that prevent people from being exposed to information that contradicts their preexisting stance.

However, selective exposure to information sources seems to play a key role in polarizing the public which has long been seen as a factor that can drive public opinion sectors apart. When political information is in oversupply, social media offer a shortcut for people to perform selective exposure based on their own predispositions, thus facilitating polarization.

Preliminary explanation of the Issue

After read a bunch of reading and difference resources, I know that the current political situation in Hong Kong has been divisived and polarized for people with different political views. The political polarization not only growing gap between the political parties but also Hong Kong’s protests have pitted relatives and friends against each other, including those who no longer live in the city. During its inception, the Internet was commonly conceived as a virtual venue for pluralistic and rational communication, but such an ideal expectation of an online public sphere does not often materialize. Recently, social media has become a battleground in Hong Kong’s protests.

Demonstrators and Government authorities both has been used social media “as a tool in the battle for public opinion” during the movement, social media users can choose the political information that supports their political opinions and refrain information that opposite or challenge to them. Continuous exposure to partisan content consistent with one’s ideological preference would reinforce one’s preexisting predispositions, since social media platform allows more individuals to seek out partisan political information. (Wu and Shen, 2020)The article (Dahlgren, 2021) mention that, the behaviour of political polarization is enhance by personalisation algorithms, and that create filter bubbles and both narrow the available content and exclude challenging information over time. The pattern of selective information transmission based on two opposite parties that contributes to polarization of their own community audience.

Social media has played a significant role in the documentation, organization, and assembly of the large-scale protests. As in the 2014 “Umbrella Movement,” social media is being used by protesters to conceal identities, spread information, mobilize demonstrators and avoid detainment. At that time, Telegram groups and channels have been created to share live news feed, action information, and “intelligence” about a variety of ongoing and upcoming activities, those channels have been able to become “powerful mobilization channels” as well as coordination tools. In the 2019 protests, there has not been an individual or organization that has claimed to be leading the movement. Although the movement at that time around has been without a figurehead, social media tools have given the “leaderless” pro-democracy movement “characterization.” (Shao, 2019)